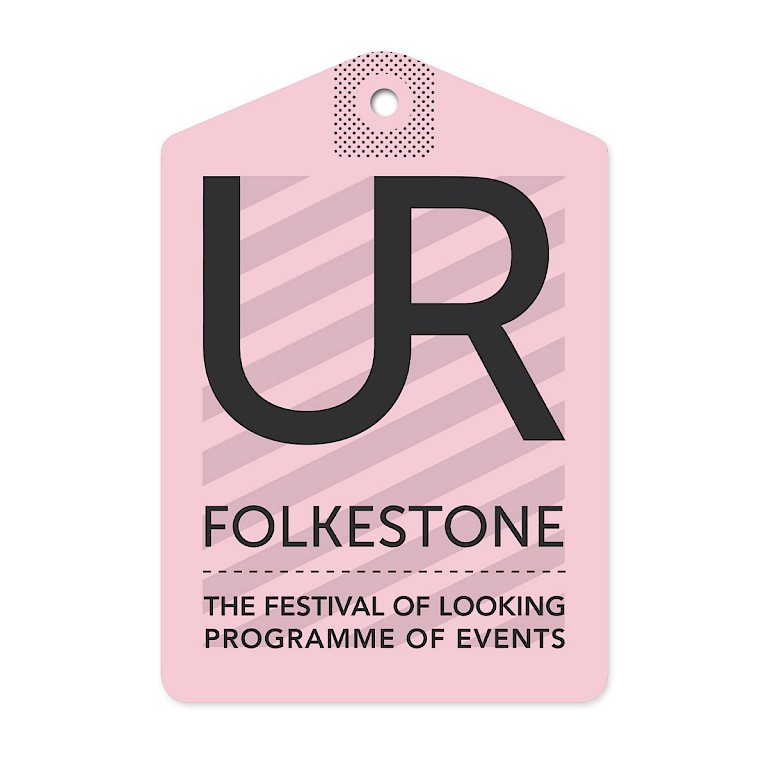 In times of political uncertainty here in the UK, it is comforting to welcome the return of our Magic Carpets practitioners this month, when their project proposals will be crafted in line with their research and exploration in the areas and with the communities either side of the recently cleared Tram Road Spur Line & along the migration thresholds of the English Channel.

For the second year of the project, Folkestone Fringe in partnership with Urban Room Folkestone and it’s Festival of Looking, hosted Ana Dana Beroš, presented by LAB 852, Croatia, and Patrick Hubmann, presented by Ideias Emergentes, Portugal. They worked alongside Folkestone artists Mitchell Bloomfield, Daniel Tollady, and Cherry Truluck to present a month-long programme of activity that focused attention on the people and places around the Urban Room.

In April, Ana & Patrick interpreted Folkestone as a place of fleeting arrival and departure, a travel destination, and a physical “edge”, “gateway” or “border” that is and has been shaped by landscape and infrastructure from fishing, the military, and the railway. Upon their return to this seaside town, we eagerly anticipated their collaboration with our local Magic Carpet artists, and how their physical and conceptual ideas focused on bridging the two sides of the track and the Channel in light of the past, present & future. The group walked the streets local to the Urban Room, learned about the history and geography of the town, shared ideas, and talked with local people and organisations.

Throughout June, the URF opened its doors, philosophies, and ethics, to transform into a multi-functional space- with a jam-packed timeline of events, promoting the Magic Carpets project as well as a number of other individuals and organisations who were also working on projects that looked more closely at the streets and buildings in East Folkestone.

To streamline this, URFxFF hosted the Festival of Looking & invited locals, residents & passer-by's to join us in thinking about how the town developed into what it is today, as well as imagining what it can become in the future. Some of these projects were about Folkestone’s relationship to the Rail, Gas and Leisure industry, and the town’s and its people’s connection to the rest of Europe.

As their site focuses, the practitioners worked around the recently cleared Tram Road area as well along the migration thresholds which overlook the English Channel.

Tram Road Railway Spur is located on the valley floor at the base of the East Cliff of Folkestone and runs down to the harbour. The harbour and the old town has seen significant investment in cultural-led regeneration over the last 15 years. And this investment has seen major improvements in the public realm.

The sole purpose of building the tramway line in the mid-late 1800s was to extend passage to Folkestone Harbour and the cross-channel ferry service, creating an easier and more convenient route to the continent for its passengers from London. This introduction saw Folkestone become one of the most popular destinations in the country as it was mid-way between London and Paris. At this time royalty and the aristocracy from both sides of the channel saw Folkestone as their playground.

The line ran for 150 years until the economic advantage of the Dover – Calais crossing began to dominate. Further the construction of the Channel Tunnel saw the Folkestone – Boulogne cross-channel service terminated in 2000. This lead to the closure of the railway service to Folkestone Harbour station in 2001. Tram Road Railway Spur is now a disused site and has been left to deteriorate over the past 17 years since its closure. Yet the road remains one of the busiest in Folkestone, giving access to the beach and the recently renovated ferry and railway station along the Harbour Arm (www.folkestoneharbourarm.co.uk).

The current state of Tram Road Railway Spur contributes to certain urban issues in Folkestone such as:

Folkestone Fringe are interested in inviting artists to research some of these problematics and to develop a project which reveals these problematics to the people living here. We would like the research during the residencies to understand how these issues impact on the town’s psycho-geography, the community’s daily life and the impressions of visitors.

The outcome of the residency could come in the form(s) of performance, installation, intervention, social practice, sound installation or sculpture which: Activates the spaces / creates opportunities for shared experiences / unearths the communities’ stories, memories, knowledge, and hopes for the future of where they live/produces something unexpected.

There are two communities with subtle socio-economic differences who live on either side of Tram Road; one has a more visible community of migrants and the other a wealthier community of newcomers from other areas of the UK. These more recent arrivals lie on top of those who have always lived there. These geographically yet artificially separated communities are becoming more intertwined as the influx from London increases – the demography of the whole town is changing. There are clear differences in the built environment and how the new communities interact with the indigenous of both areas. We are interested in how the landscape will be physically, and psychologically altered if, as many hope, the barrier between them is removed.

Folkestone Fringe would like the visiting artists to focus on one of the two communities that live either side of the track during the research phase of their projects. We would then like the 2 artists, and their collaborating local artists, to work together in realising the final outcome/artwork/event.

The artists will need to be sensitive to the upcoming phases of negotiations between stakeholders and the owners of the site and managing community expectations about its future possibilities.

Please see the individual event pages (Magic Carpets // 2019 page) to find out all about the events which each practitioner is holding, as well as more details about their project summaries.

Back in May, URF announced a truly unique opportunity for students of Architecture (including related courses such as Interior Architecture and Design or Urban Design), where those involved can physically create and showcase their own practical design intervention within the fast-growing rejuvenation of Folkestone’s urban environment.

Check out more about the project here >> 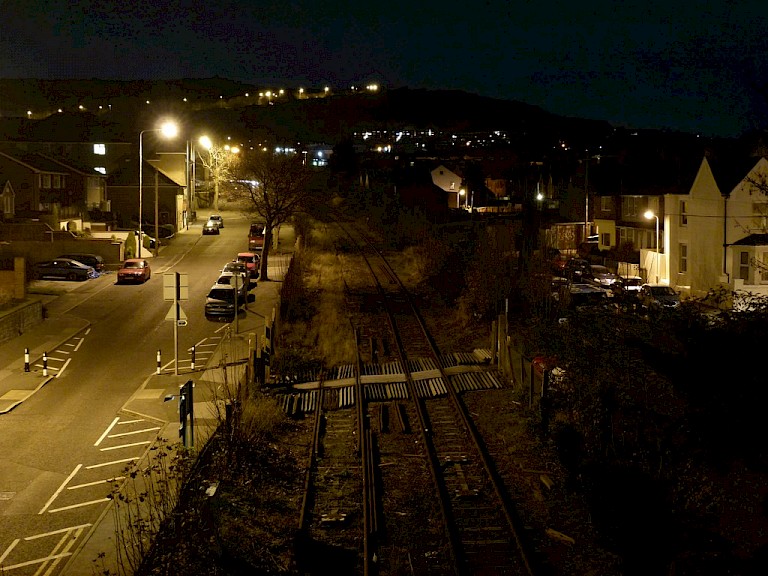 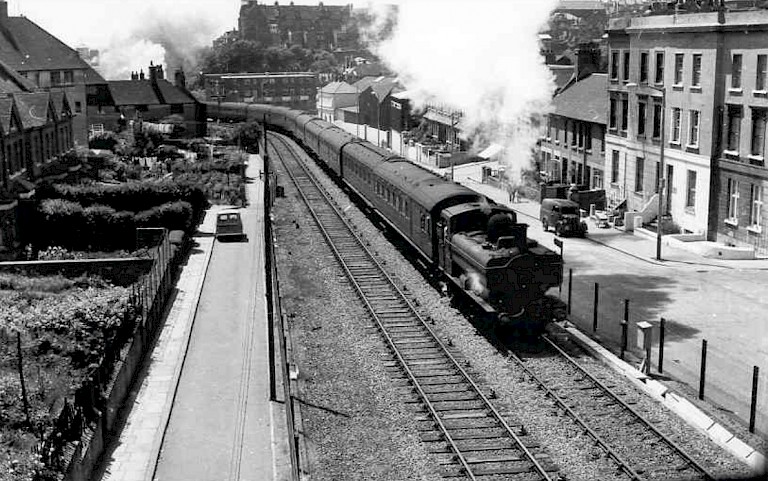 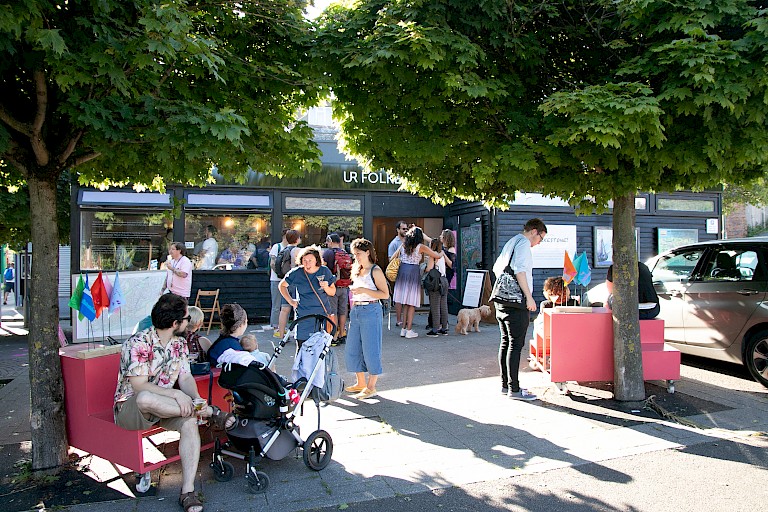 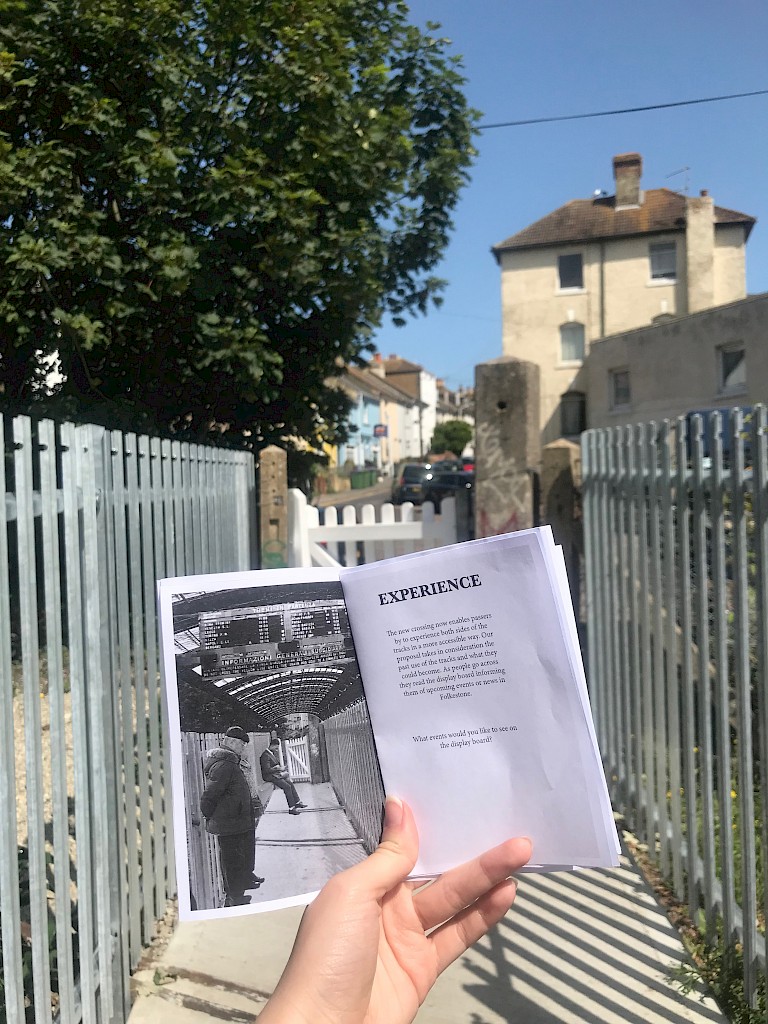