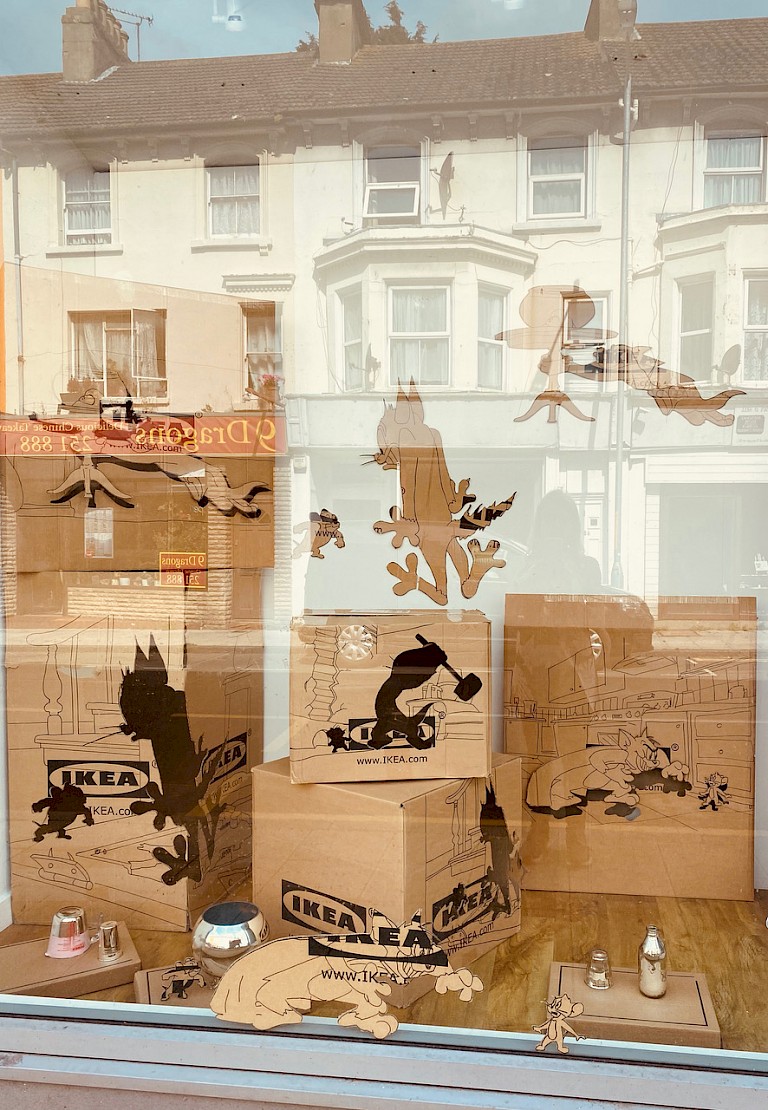 Multi-media artist Anna Boggon has transformed the window of a former shop in Folkestone’s Creative Quarter to create a revolving exhibition space in which she presents a series of witty, carefully crafted domestic scenes. What appears to be a shop front is in fact a window into Boggon’s practice - her studio lies just behind the vitrine – and in these evolving installations she explores our relationship with the high street and with the home.

The project began with a used Ikea cardboard box from which Boggon made cut-outs of Tom and Jerry, placing them in a destructive domestic environment. Over several months, the work developed its own interactive narrative as Boggon added shadows mirrors and silvered household vessels which reflected the street and passers-by. Each new chapter was revealed as part of Last Fridays Folkestone.

“This is the first time I have exhibited work so visibly through the stages of making, from starting point to completion,” she says. Referencing childhood, family, loss and nostalgia, Shop Window/Window Shop also highlights the end of high street shops as we know them, a phenomenon already underway due to the proliferation of retail parks, malls, and online shopping but accelerated by the pandemic. The work shines a light on the strangeness of the times we are living through and juxtaposes the claustrophobia of enclosure in the domestic space with the powerful need to escape that has become an insistent subtext of contemporary society. As we seek various forms of escape through film, television, media, video games, dreams and recreation - or find our circumstances changes for reasons beyond our control - Boggon questions how much of our lives are real and how much is imagined. The installation plays on the idea of “a two-way mirror, where fiction mimics reality and reality mimics fiction.

Anyone who has been through the minefield of assembling Ikea flatpack furniture will have had a ‘Tom and Jerry’ moment without, one hopes, the darkness inherent in the 1950s animations. Their combination of humour with extreme violence is both cathartic and problematic while the co-dependent dynamic between victim and perpetrator reflects the relentless circularity of much domestic violence. Exploring psychological states of mind and shifting perspectives has long been a preoccupation of Boggon’s and although the work is rooted in the past, it brings to mind the urgent preoccupations of the present.

Displaying art in a shop window cuts through COVID restrictions and makes it accessible 24 hours a day. It mitigates the exclusivity of the contemporary art world and speaks to adults and children alike. Conveniently located at a bus stop in the lively Creative Quarter, the space is part of an enclave of independent artist run spaces, artist studios and bars. 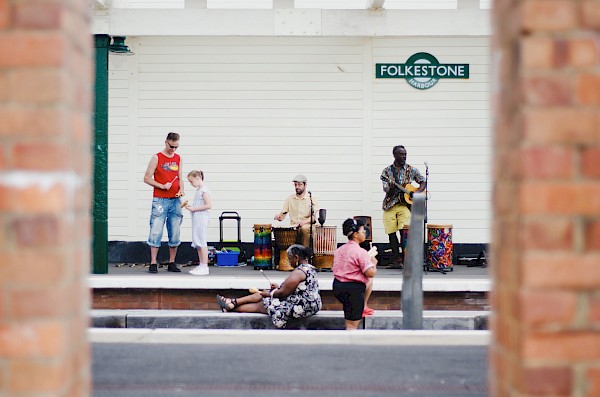 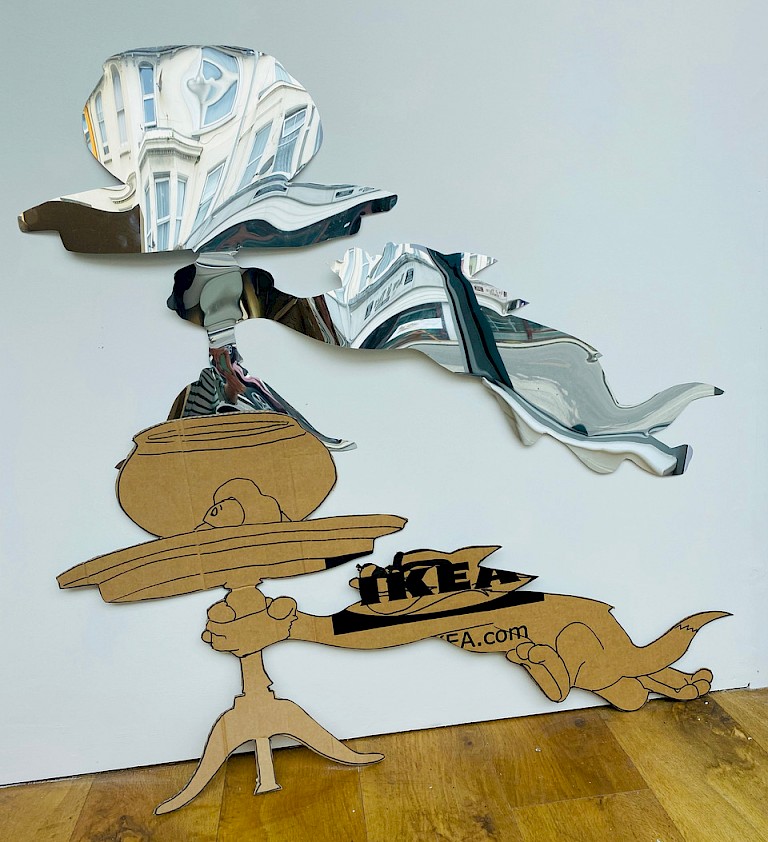 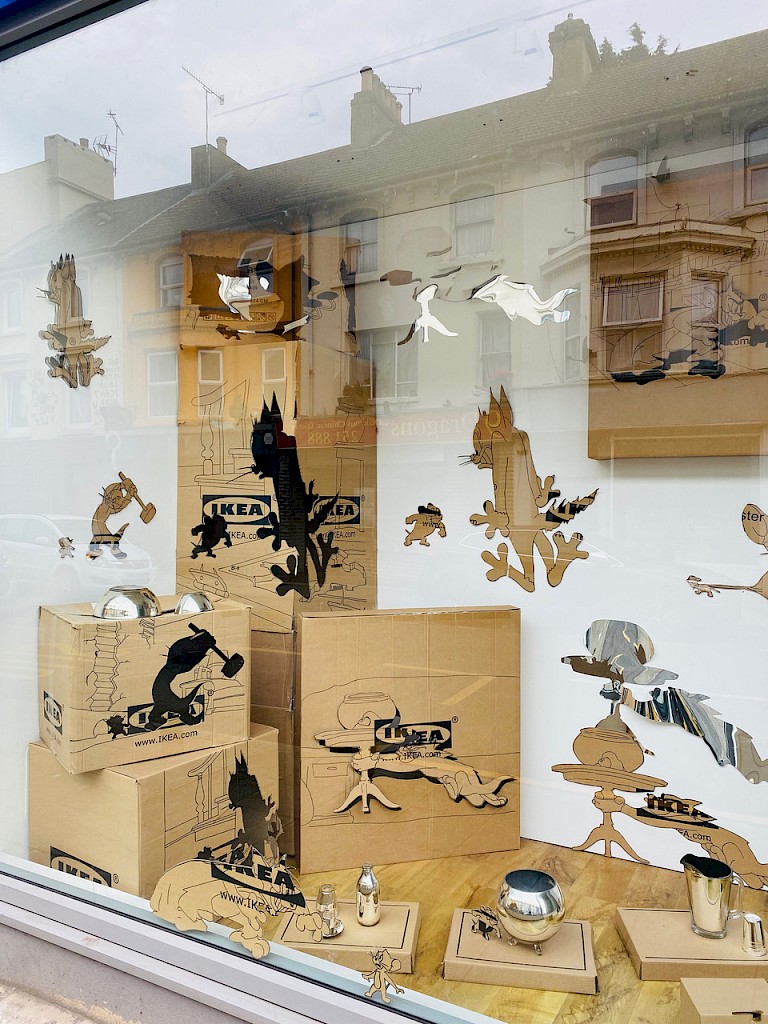