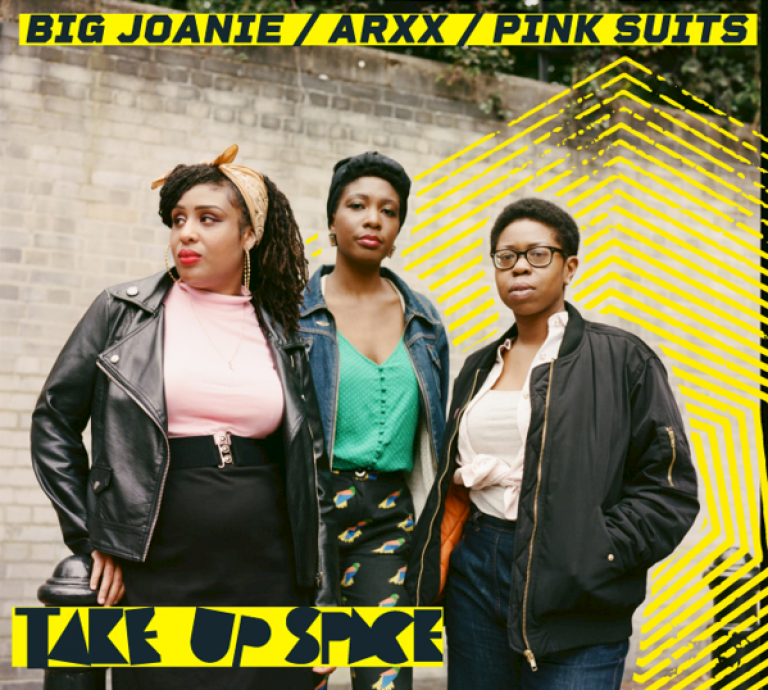 Big Joanie, with support from ARXX and Pink Suits

Fri 06 Mar
19:00
Quarterhouse Auditorium
Tickets: £8 Standard | Over 14s welcome, under 16s to be accompanied by an adult

London DIY feminist punk band Big Joanie formed in 2013 releasing their first EP Sistah Punk in 2014 and their new album Sistahs in 2019. Inspired by The Ronettes, Nirvana, Breeders and Jesus and Mary Chain, Big Joanie have described themselves as The Ronettes filtered through ’80s DIY and Riot Grrrl with a sprinkling of dashikis.

Hannah and Clara are a garage rock gal pal duo. 2019 saw them tour all over the UK and Europe, selling out venues in Brighton, Bristol, and London, and joined Lady Bird on their UK Tour.

They have released two singles and an EP, which achieved radio play on Radio 6 and Radio X, along with a loyal backing from BBC Introducing South. Their singles were picked up by Spotify editorial playlists, including New Music Friday, Hot New Bands and The Rock List and have accumulated 800,000+ streams in 6 months.

Since supporting Dream Wife at Concorde 2 in 2018, they have been included on the Dream Wife Tour Support Vinyl which launched at Rough Trade East. More recently they were picked up by NME to headline the Girls To The Front November Show.

Pink Suits are a Queer Feminist Punk Rock & Rage duo based in Margate, UK. Formed in 2017, pink suits make loud aggressive political punk noise as well as dance, physical theatre, film, and art. pink suits work is an exploration of sexuality, fantasy, mental health, politics, activism and is a resistance of binary gender expectations, questioning how voices and bodies can be used as a form of protest. 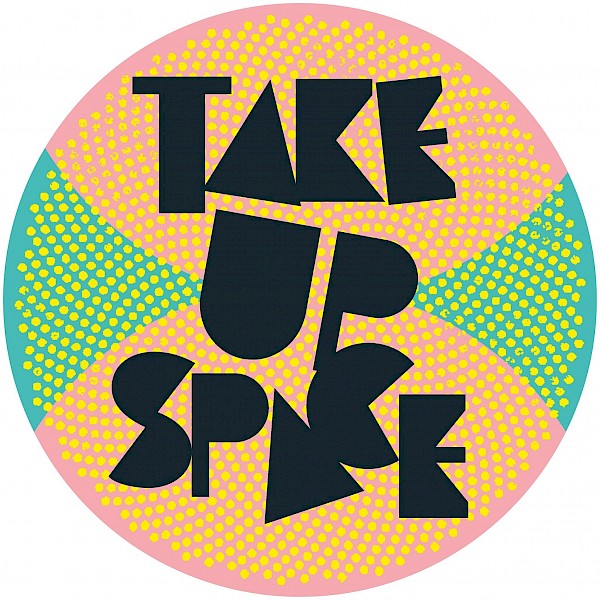 "The debut Big Joanie LP Sistahs is an impressively woven tapestry of affirmational lyrics, girl-group chants, and deep, slashing guitars that would have sounded very at home on Kill Rock Stars in the 2000s."
- Pitchfork

Arxx: "They stand out amongst a sea of new bands as a constant breath of fresh air: a mighty force to be reckoned with."
- Get In Her Ears

"This is what we do when we’re not in the kitchen."
- ARXX