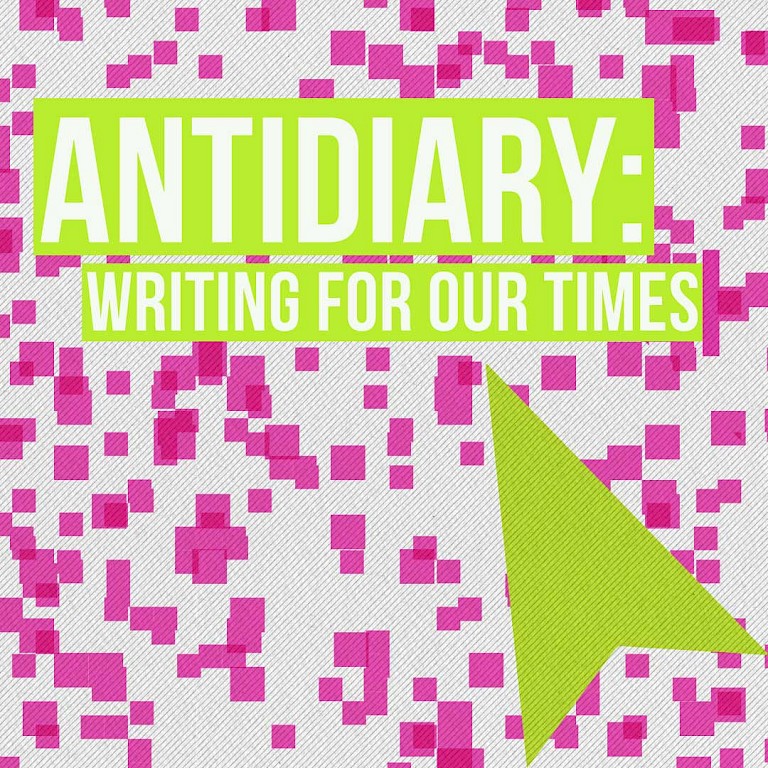 The Antidiary: Writing For Our Times is an online platform where contributors write diary entries that are shared with the world. Daily entries will be added from people across Folkestone and beyond, compiling an archive of each day. The Antidiary is a forger of connections, a space for emotional freedom, an online connection with a new humanity, and an archive of our times.

Diaries are secret. Your first diary might have been a notebook with a little plastic lock, accompanied by two thin metal keys. As the brightly-coloured lock popped open at the turn of your key, you knew you had entered your world. Your space. Your safety. Your mum couldn’t read it (or so you thought). You began to write those precious words: ‘Dear Diary’.

In our hyper-connected society, it seems that we are further away than ever from other people. We see the polished side of our online companions, but miss the grit and warmth underneath. The Antidiary is a counter to this. It creates a space of safety, but it isn’t a secret space like a diary hidden under the bed: rather, it’s a space where people, imperfect, with bored hands and aching shoulders and busy brains, can come together and write about their days in the safety of a like-minded online community.

The Antidiary: Writing for our times is a blog where people write their diary entries every day, or write in light of activities set by writers in their Antidiary takeover. When diary entries come together, they form a picture of life in our times: a picture that is genuine and raw, rather than held back by expectations and standards. Writing amongst other contributors allows people to feel part of a community. It allows people to feel safe to type out their emotions. Participants can add their name to their entry or write anonymously, and can make comments on other people’s entries. By coming back the next day to check in with another contributor, people can form connections that reach deeper than ones we’re used to online. Participants would have an outlet for emotions that can often remain pent up, but the outlet would be received by a caring community of like-minded people. The Antidiary would also create an invaluable archive of people’s daily lives in our times.

Studies have shown that being listened to evokes the same emotional response as being loved. The Antidiary was in part inspired by a:dress’s listening circles, where it is acknowledged that the attention of another person is a valuable resource and a revolutionary tool that can allow you to have new ideas, make new connections in your mind, understand sources of an emotion, and heal. This dedicated attention is lost in daily life, where we are focused on looking for a place to start talking, rather than listening fully. When a clear space is set for someone to speak, it allows people to share more fully and to listen more carefully.

The Antidiary is a space to see other’s words, and be seen. We hope to see you there.

This project, hosted by Folkestone Fringe, is part of the “Magic Carpets” Platform co-funded by the Creative Europe Programme of the European Union. This project has generously been supported by Arts Council England.