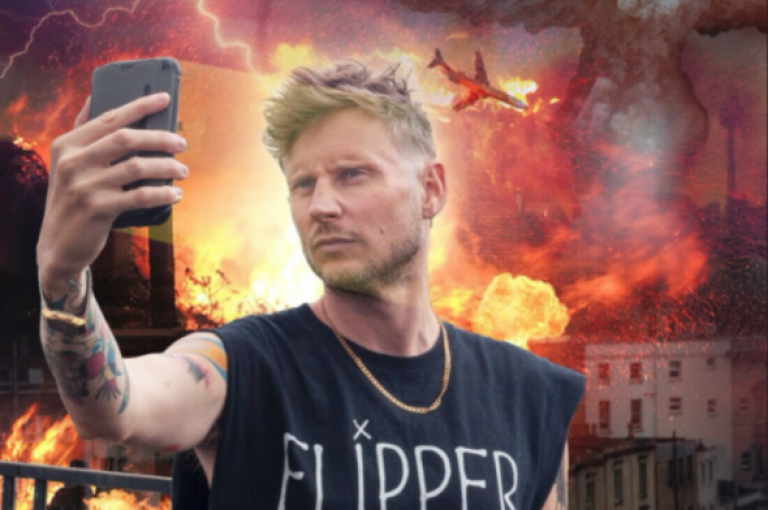 live watch party | online | Vimeo & Zoom
Book a ticket and you will be sent a Zoom link a couple of days before the event
Most suitable for audiences 16+, contains adult content

In a new film, performer and festival friend Byron Vincent brings the force of his wit and wisdom to shine a spotlight on the post-satire age. Byron has an anxiety disorder – but with dying icons, impending climate catastrophe and that bloke from Home Alone 2 in charge of the world's largest nuclear arsenal, isn’t blind panic the only sane response? It’s a glib, postmodern world in which cynicism is cool, modern life is rubbish and sincerity is for suckers.

As concepts like truth, peace and hope become risible anachronisms, maybe it’s time to re-evaluate our perspective. In a post-satire age, what’s so funny about peace, love, and understanding? This is a premiere screening of a new film developed from the stage show Instagramming the Apocalypse.

Following the Watch Party Byron will be in conversation about the film, with 3 Festival attendees, and all can join in the discussion. Then Byron, who has been making quite a noise with his DJ parties during lockdown, will hit the decks and bring us some tunes to dance along to at home – apocalypse or not.

Byron Vincent is a writer, performer, broadcaster, and activist. He also has a diagnosis of PTSD and bipolar disorder. He has been with us since day one of Normal? back in 2015. As a spoken word artist at music and literary festivals, he was picked as one of BBC poetry season’s new talent choices. In more recent years he has turned to theatre, working as a writer, director, and performer for the RSC, BAC, and other notable acronyms. Now he’s turning to film as a chance to reach even more people than before. Byron is a passionate social activist with lived experience of issues around poverty and mental health. Byron has written and presented for BBC Radio 4 on the social problems arising out of poverty, ghettoization, and mental ill-health.

Normal? Festival of the Brain is co-curated by Living Words, Creative Folkestone & Folkestone Fringe. Living Words is an arts & literature charity organisation working with those with a dementia as well as those from isolated backgrounds. Creative Folkestone, is an arts charity dedicated to transforming Folkestone through collective creative activity. We do these festivals to enrich the cultural calendar of our town, bring people together, and connect Folkestone with the wider world. Each year, the Normal? programme and themes are always produced through think-ins, in which anyone is invited to share ideas of what interests them, and what they would like to see happen together. 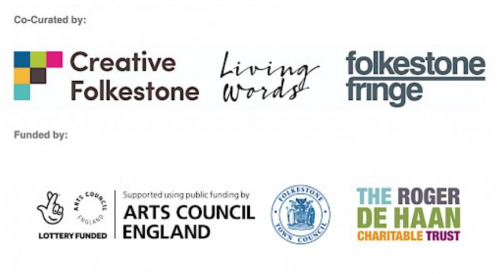 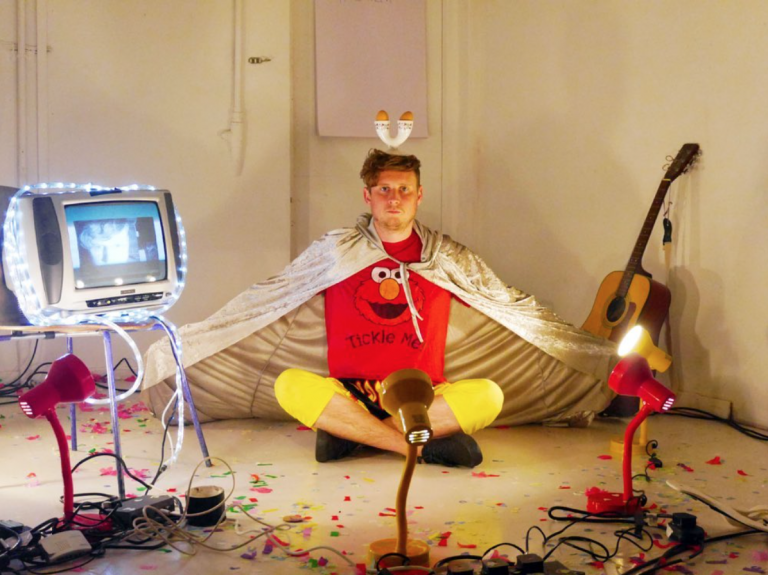 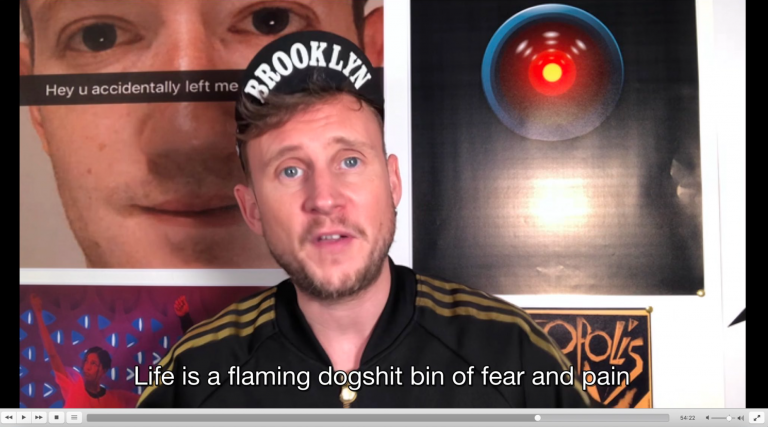